According to Sherwin Williams’ Director of Color Marketing, black is the new white, and decorating with it is more complex than you might think.

Flip through a design magazine or browse Pinterest and it quickly becomes clear that after years of white walls, saturated, deep hues are back—making their mark on everything from fixtures to furniture. Leading the pack is bold, statement-making black.

Why now? The rise of black and other dark, moody colors could be a reaction to the neutrals and whites of the Scandinavian minimalism that dominated the first half of the 2010s.

“It’s a pendulum swing. We were all so in love
with stripping back and getting to the essence of
things. Now rich color is absolutely everywhere.
People are hungry for it.”

Decorating with black: not just the absence of color

It might seem like a simple color, but black actually encompasses a broad spectrum of undertones. Wadden points to an iconic color in the Southeast called Charleston Black, a historic black with green undertones often seen on lampposts and doors. Yet blacks that contain purple undertones can look glossy like an oil slick. And if you add yellow to a rich warm black, the resulting effect is bronze-hued.

Designer Tip: Consider whether your Boston home includes warmer or cooler hues so you can choose a black shade that complements the colors you’re already using.

Moody colors are not as scary as they seem

Though the black and darker color decorating trend might be intimidating to those who love neutrals or lighter colors, Wadden assures it can work for everyone.

Designer Tip: Start small by painting the inside of bookshelves or a curio cabinet. Or try a bathroom, library, accent wall, or what Wadden calls a “peekaboo room”—a room that is visible from another room where you spend more time. Consider how much light the room gets. “It’s important to make sure there’s at least one window in the space or plenty of lamps and other lighting to offset the need for daylight,” said Wadden. “Make sure there’s enough lighting to create brightness in a space because you don’t want to get eye fatigue. 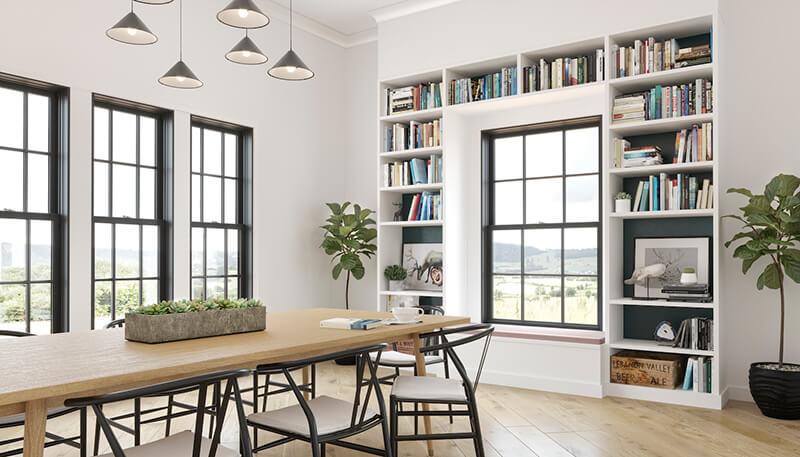 If painting a room sounds like too big of a commitment, black windows or doors offer subtler hints of dark color without overwhelming a space. Instead of blending into the walls, black windows become almost like a picture frame, framing the view outdoors.

Designer Tip: Don’t feel limited by your decorating design style, because many home styles can incorporate black interior windows. A lake house with driftwood colors, neutrals, and pops of black on windows and doors conveys a coastal vibe. A casual California modern style could include black windows, black trim, light walls and light furnishings. A downtown Boston masculine loft with an industrial look might use reclaimed wood, exposed brick and black windows. Using Marvin’s dark interior finishes—including Designer Black for the Elevate Collection—with any of these styles can create a crisp, streamlined look in any home. 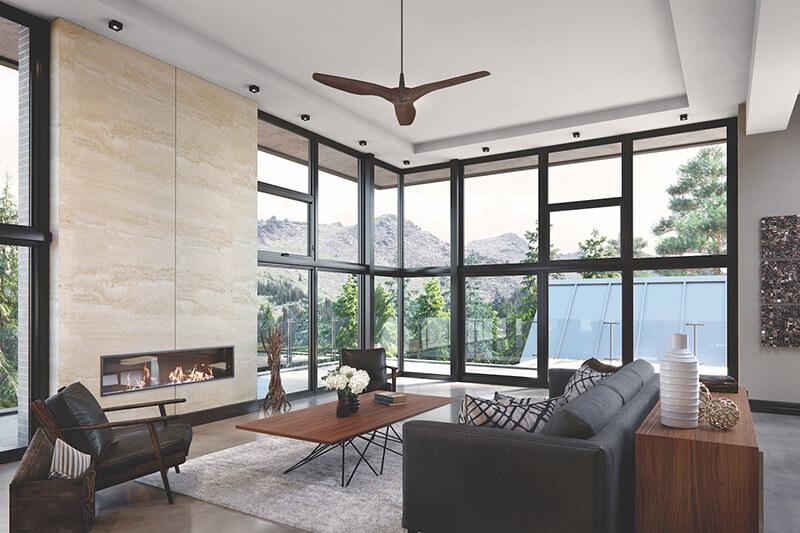 Black exteriors for a boost in curb appeal

Choosing black instead of white or wood gives a home’s exterior a punch.

“I love painted brick and black windows,” said Wadden. “People that are tired of Tudor-style brick homes are taking a risk and painting white or really light body colors and then putting in black windows, and it looks awesome. It’s almost like a French chateau or plantation-style home from the South. And the key to that look is a dark window.”

Designer Tip: Out-of-the-box black interiors don’t have to be relegated to windows alone. Wadden points to a resurgence in popularity for the 18th century Japanese technique of shou sugi ban, which involves firing wood to oxidize it and achieve a deep matte black finish that’s being increasingly used as a visually interesting exterior treatment.

With doors and hardware, small touches of black make a statement

Black doors are another way to try the decorating trend, and black hardware—like Marvin matte black hardware options—can be a powerful way to make a statement in any room. “Paired with a diverse array of hues, against a flat backdrop or bold texture, these fixtures always look sharp, fresh and new,” said Christa Pirl in Domino. “This finish works with styles as diverse as soft modernism and farmhouse industrial, and everything in between.”

Designer Tip: Start with small black accents, whether it be door or window hardware, faucets or accent pieces like pottery or vases. Work your way up to larger statements like painted black interiors on doors.

Whether you choose to try black in smaller doses or throughout an entire room, black is back and it doesn’t seem like it’s going anywhere. “I think this is going to be defining for the next decade,” Wadden said. “This is going to be a decorating trend that’s here to stay.” 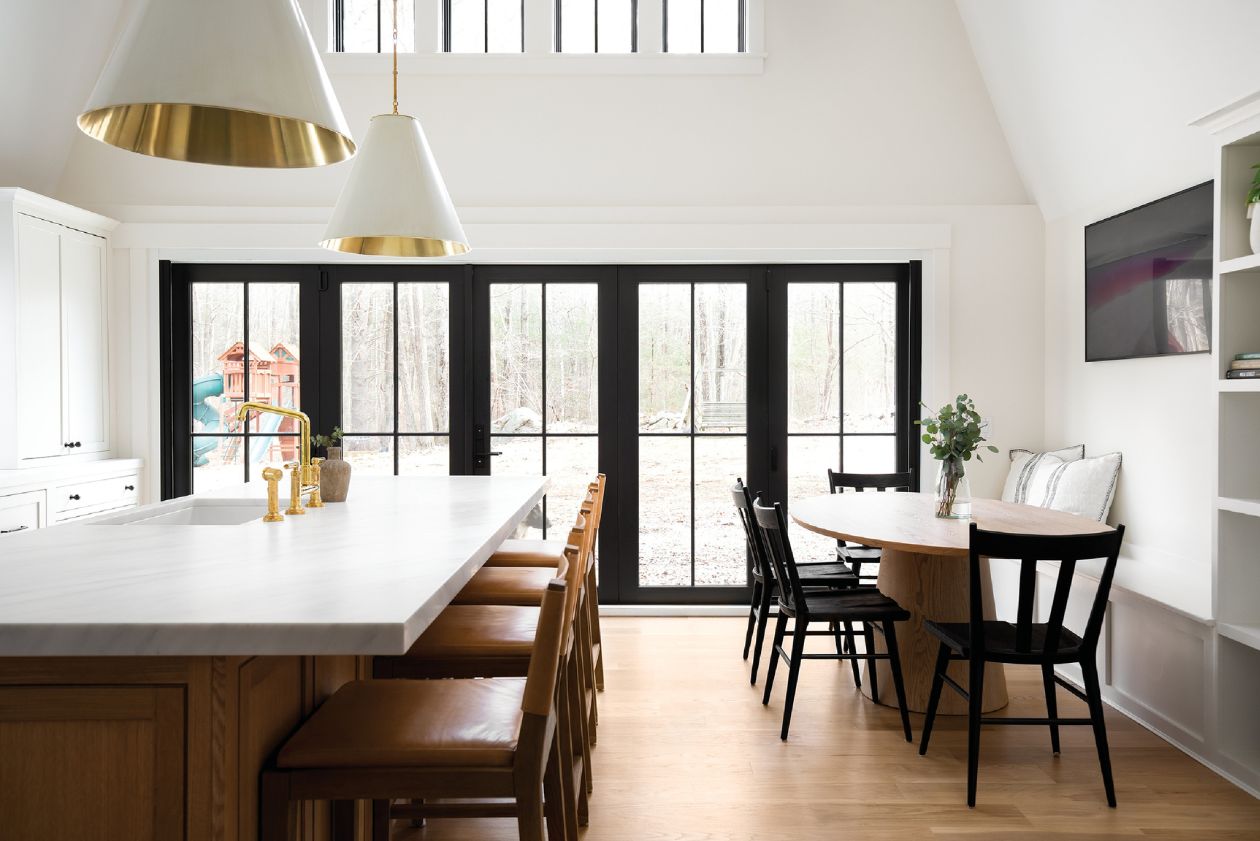 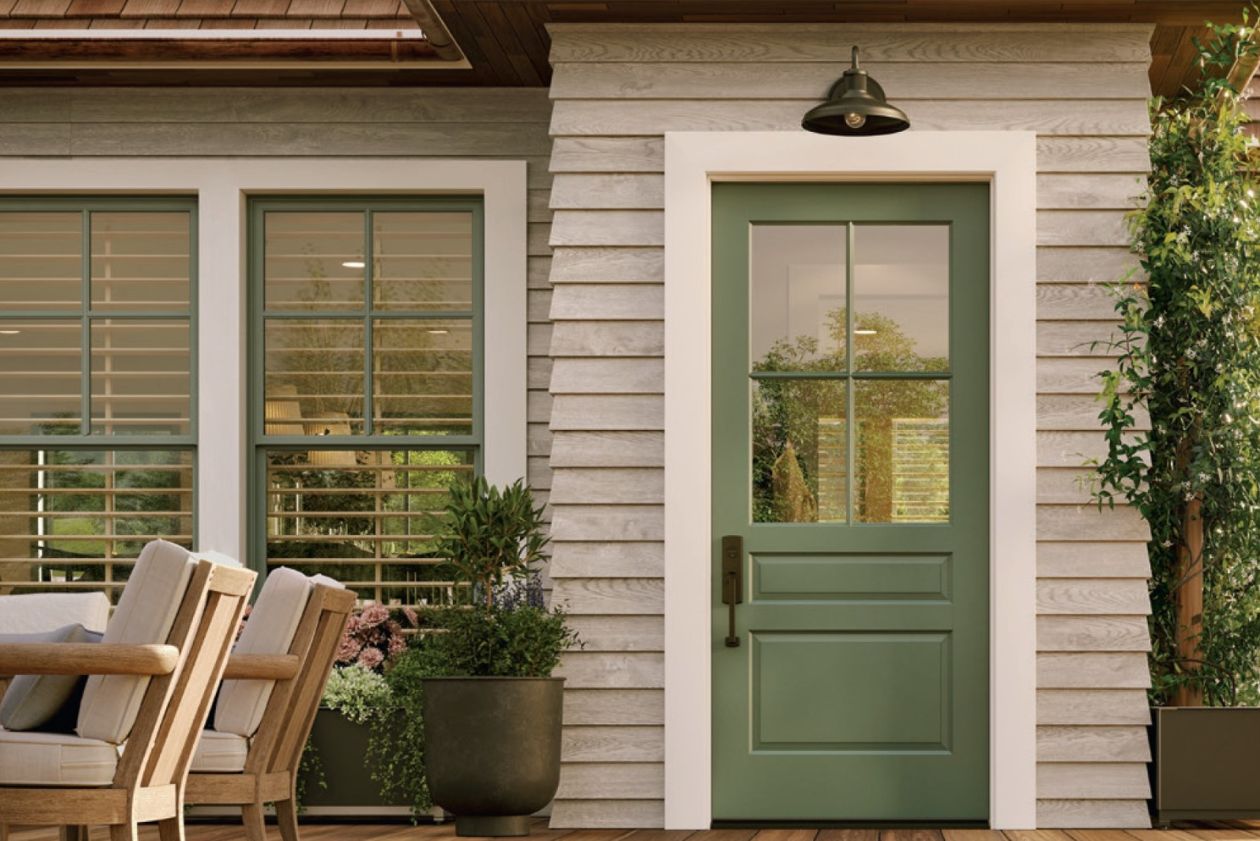 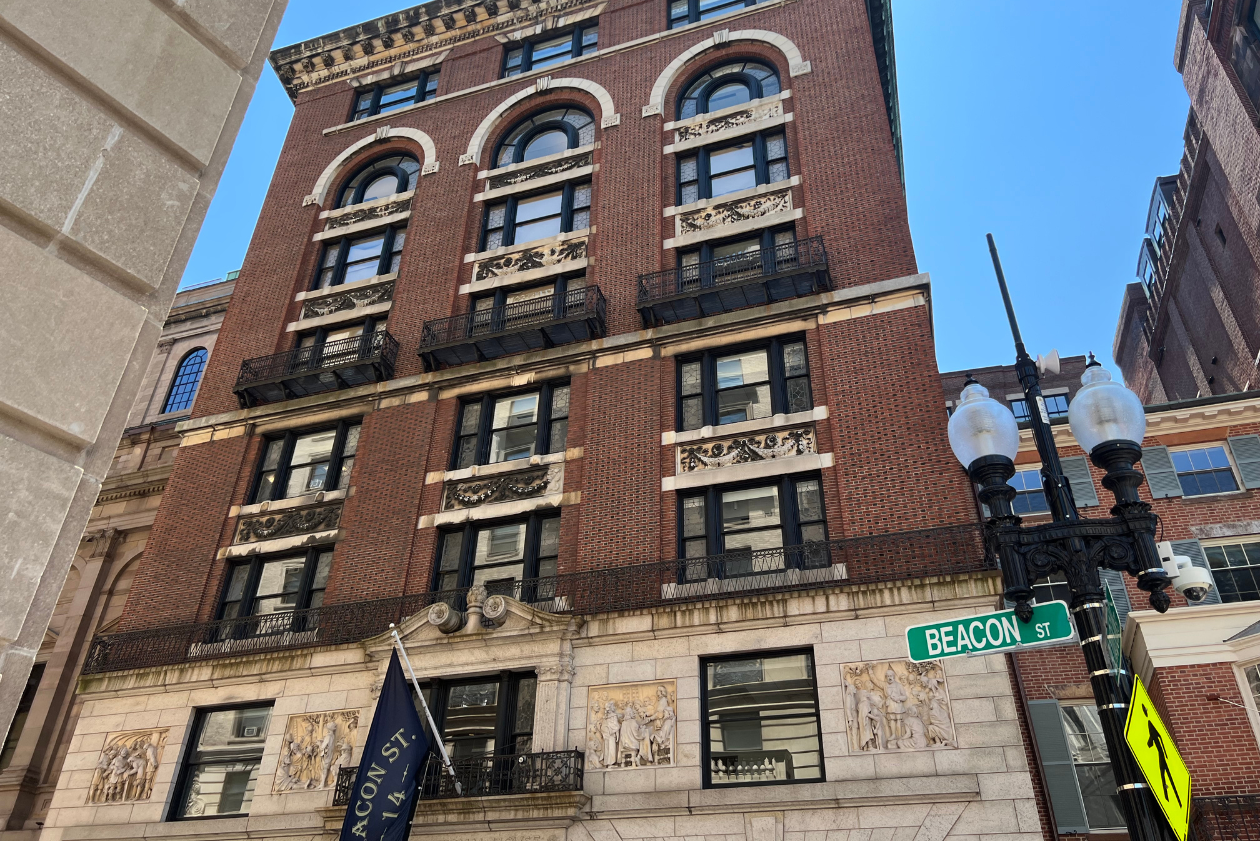